The Brotherhood of Soldiers at War

Brotherhood is more than biological, it is fraternal. It develops quickly among men and women in uniform, both in peacetime and during time of war, simply by virtue of the call to duty they share in common. There is a sense of family among those in uniform, a common bond to look out for each other.

Here are stories of that bond. 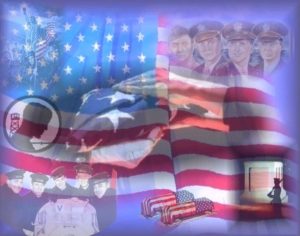 "The Navy Department deeply regrets to inform you that your sons Albert, Francis, George, Joseph and Madison Sullivan are missing in action in the South Pacific."

During three and a half years of captivity as a prisoner of war, Lieutenant Antrim would prove to be not only courageous, but ingenious.

Young Andy drew himself up to his full adolescent height, looked the officer in the eyes and replied, "Sir, I am a prisoner of war, and claim to be treated as such."

Said one of the survivors, "It was the finest thing I have ever seen this side of heaven."

"We'll meet up on the beach," they promised, then went their separate ways to join 170,000 other soldiers as they loaded the ships that would take them across the channel to attack Normandy.

"Close in Life, the 2 McGovern Boys are Buried Side by Side"

Not Without My Lieutenant

But as night fell over the northern corps of South Vietnam, Lieutenant Colonel Hambleton was alone, on the ground, and completely surrounded by one of the largest enemy offensives of the Vietnam War.

"If you can put together something this big, maybe you can help me with a project I am working on..."

"What would you like for Christmas?" His simple answer echoed the hope of so many young Marines facing a hopeless situation at the Chosin Reservoir. He replied: "Give Me Tomorrow."

No Man Should Die Alone

"If I don't make it," he whispered, "Please tell Daisy I love her."

It was becoming increasingly apparent that, despite the promises of the American President, there would be no relief force for the Philippine Islands. They were expendable... 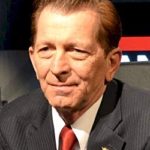 Doug Sterner is a decorated former Army Combat Engineer who served two tours of duty in Vietnam. He is a Life Member of the Veterans of Foreign Wars and in 2012 was enrolled as an Honorary Life Member of the Legion of Valor. In 1998, Doug launched Home of Heroes to document the citations and biographies of our Nation’s Medal of Honor recipients. In 2018 our company, Legal Help for Veterans, PLLC assumed the role of website administration. Read More