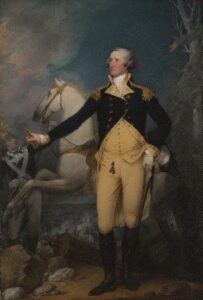 Ethan Allen gained military praise after he fought in the French and Indian War. The state of Vermont is often attributed to him. He purchased the land, but disputes between New York and New Hampshire ensued when each state claimed it was theirs. To prevent either of these states from taking the land, Allen formed the Green Mountain Boys. When the Revolutionary War began, the group began fighting. Together, he joined Benedict Arnold, and led the Green Mountain Boys to later seize Fort Ticonderoga from the British in 1775. He was later captured and sent to a British prison for two years. Upon returning to the Untied States after the war, he tried to have Vermont adopted as an official state. He was never successful. The state would be ratified two years after his death in 1789.