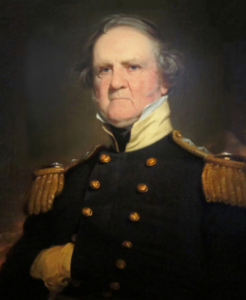 Scott was commissioned a captain of artillery in 1808 and fought on the Niagara frontier in the war of 1812. He was captured by the British in that campaign but was exchanged in 1813 and went on to fight in the battles of Chippewa and Lundy's Lane, where his success made him a national hero.