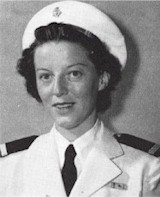 Ten hours after the devastating attack on Pearl Harbor on December 7, 1941, Japanese planes launched the first in a deadly series of attacks on the Philippine Islands, bombing and strafing airfields in and around Manila, and two days later at the Cavite Navy Yard south of Manila. Even before the enemy planes had taken off, three Japanese convoys were steaming south, two-headed for Luzon with thousands of combat forces to whom would fall the task of defeating the Philippine forces and their few American counterparts.

The first Japanese forces landed at Legaspi at the southern tip of Luzon on December 11, far enough removed from Manila to not immediately become a major concern. When, on December 22, the 43,110 men of General Homma’s 14th Army entered Luzon’s Lingayen Gulf and embarked with artillery and 100 tanks at three points, the already badly war-damaged Philippine capital was caught in a deadly crossfire.

On Christmas Eve, General MacArthur and his staff departed Manila for the Island fortress at Corregidor. Two days later, in an effort to spare Manila further damage and loss of civilian life, it was declared an open city. (A city that is declared demilitarized during a war, thus gaining immunity from attack under international law.) On New Years Day, 1942, the last official American military presence in Manila departed, and on January 2 the Japanese entered and gained control of the city.

Among the American forces departing Manila in that tragic first week of 1942 was Miss Ann A. Bernatitus. The 29-year nurse from Exeter, PA, held the relative rank of Lieutenant (j.g.) in the Navy Nurse Corps, in which she had already served for five years. Captain (Retired) Bernatitus recalled in a 1994 interview,

If Ann Bernatitus felt options for a young woman were limited beyond nursing, she soon learned that things were little better in the Navy. Women in the Navy were addressed as “Miss” and held no formal rank. Ann recalled, “In those days we were neither fish nor fowl. We were not officers and we were not enlisted. We were in between. We did not get the pay of an officer but we got more than the enlisted.”

In 1940 Lieutenant (j.g.) Bernatitus accepted an assignment in the Philippine Islands and arrived at the Navy Hospital at Canaco in July. Eighteen months later in the pre-dawn hours of December 8 (December 7 on the other side of the International Date Line), she and the other nurses were awakened with the news that Pearl Harbor had been attacked. They immediately reported to duty, fully aware that the Philippine Islands would most likely be the next target. That attack came before the morning shift was completed.

Ambulatory patients were quickly returned to duty, and on December 9 the more serious cases were sent to Manila to what had been a dependents ward at the Sternberg Army Hospital. Ann Bernatitus was one of two nurses sent to Manila with the latter, working long hours caring for the many wounded by the relentless bombing and strafing in and around Manila. When all hope for defending Manila was gone, on the same day General MacArthur departed Manila for Corregidor, Lieutenant (j.g.) Bernatitus joined 25 Army and 25 Filipino nurses on a dangerous convoy to the Bataan Peninsula. The Far East Air Force had been bombed and strafed into virtual non-existence, and the convoy was forced to dodge an unfettered attack from Japanese aircraft. Ann’s friends, left behind in Manila, were subsequently interred with American Prisoners of War when the Japanese entered and took control of the city on January 2, 1942. Lieutenant (j.g.) Bernatitus was destined to become the ONLY Navy nurse stationed in the Philippines to avoid capture.

Working conditions were the worst imaginable. Casualties streamed through the doors of the spartan concrete-floored hospital with a tin roof. Ann Bernatitus recalled, “Every operating table would be filled. They would come in from the field all dirty. You did what you could There were lice; I kept my hair covered all the time. He (Dr. Cary Smith) did a lot of leg amputations because we had a lot of gas gangrene out there. I remember one patient we were operating on. Dr. Smith didn’t want to sew him back up. He had died. I remember telling him that I didn’t want him to do that if anything happened to me. He said,

“I’ll sew him up just to shut you up.’ We were washing the dirty dressings that they used during an operation. We would wash them out and refold and sterilized them and use them again.”

On April 7, Hospital Number 1 was again bombed by the Japanese, this time making a direct hit on one of the wards and killing many already seriously wounded soldiers. In the midst of all the hell, filled with death, dying, and the ever-present threat of her own mortality, the lone Navy nurse continued to dedicate herself to saving others. On the day after that second bombing the front lines on Bataan collapsed, and Nurse Bernatitus and the Army nurses on Bataan were driven to Mariveles via had a road they called the Zig-Zag trail, with a drop-off on both sides. At Mariveles they boarded a small ferry for the 3-mile trip to Corregidor. The following day the American commander on Bataan, Major General Edward King, sadly concluded he had no alternative to surrender. The 79,000 troops under his command were soon to be subjected to the infamous Death March.

With Bataan firmly under their control, the Japanese turned the full weight of their military forces to bombarding the small six-square mile island fortress of Corregidor. From within the confines of the Malinta Tunnel, Nurse Bernatitus continued to push aside her own fears and care for others. Under orders from President Roosevelt, General MacArthur left Corregidor on April 11, in a daring breakout engineered by P.T. Boat Commander John Duncan Bulkeley. When Bulkeley’s PT-41 pulled away from the island, those left behind had little to be envious of. With Japanese planes scouring the area for any sign of an escape attempt, with enemy sea patrols increased to all-time highs around the islands, and with a destroyer division steaming towards Manila, many at Corregidor set MacArthur’s chances of escape at fifty-to-one. There was little hope for anyone to successfully break out of the steel vise Japan had thrown around the Philippine Islands, thus when General Jonathan Wainwright surrendered the last remaining American forces at Corregidor on May 6, 1942, it was assumed that Lieutenant (j.g.) Bernatitus was among the missing that had vanished into the tragedy of the valiant but futile Philippine Defense.

In fact, on May 3 Lieutenant (j.g.) Bernatitus was selected to join eleven Army nurses, one civilian woman, six Army officers, and six Navy officers, to be among the last Americans to escape Corregidor. Slipping silently out of Manila Bay beneath the wave in the submarine U.S.S. Spearfish, when she arrived in Australia, she had the unique distinction of being the ONLY Navy nurse stationed in the Philippines to escape the Japanese.

Following her escape to Australia, Lieutenant (j.g.) Bernatitus returned home in time for the President’s dedication to the new Naval Medical Center at Bethesda, Maryland, on August 13, 1942. While continuing to serve at Bethesda, she also gave of her time to speak for important war bond drives 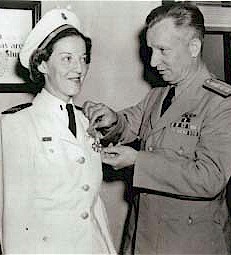 On July 20, 1942, Public Law No. 671 established a new award for members of the Armed Forces, as well as to personnel of the armed forces of friendly foreign nations, Who have distinguished themselves by exceptionally meritorious conduct in the performance of outstanding service.” The Legion of Merit was thus the first American military medal authorized for presentation to members of foreign allied nations, as well as to members of the United States Military.

In October the Legion of Merit was presented for the first time when it was awarded to Brigadier General Amaro Scares Bittencourt, a onetime Brazilian military attaché in Washington, D.C. The following week the Legion of Merit was presented a second time–this time to a member of the United States Military service. Rear Admiral Randall Jacobs, Chief of Naval Personnel noted when he presented the award to Lieutenant (j.g.) Ann A. Bernatitus, “Your excellent service in a time of stress and under such dangerous conditions is worthy of the distinction shown you in becoming the first person in the United States Naval Service to be so decorated.” 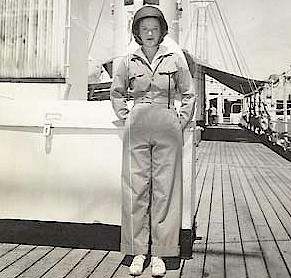 Following service at Bethesda, Ann Bernatitus served as assistant chief nurse at the Naval Hospital Great Lakes. In November 1944 she returned to the field, this time as Chief Nurse on the hospital ship U.S.S. Relief (AH-1). It was in that capacity that she continued her dedicated service to those wounded in combat for the entirety of the Okinawa campaign.

Ann Bernatitus, the first American of any branch of service in history to be awarded the Legion of Merit retired from the Navy as a Captain in 1959. She passed away in March 2003 at age 91.