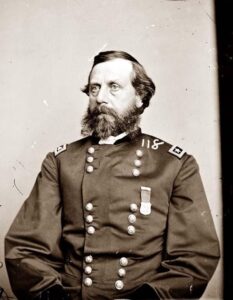 The President of the United States of America, in the name of Congress, took pleasure in presenting the Medal of Honor to Colonel Orlando Bolivar Willcox, United States Army, for extraordinary heroism on 21 July 1861, while serving with 1st Michigan Infantry, in action at Bull Run, Virginia. Colonel Willcox led repeated charges until wounded and taken prisoner.

This electronic book/story is available for free download and printing from www.homeofheroes.com.  You may print and distribute in quantity for all non-profit, educational purposes.