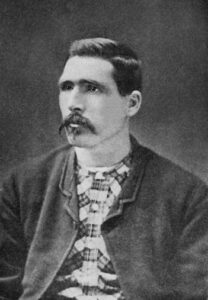 The President of the United States of America, in the name of Congress, takes pleasure in presenting the Medal of Honor to Coxswain William Halford, United States Navy, for gallant and heroic conduct in the line of his profession as Coxswain serving on the U.S.S. Saginaw. Coxswain Halford was the sole survivor of the boat's crew sent to the Sandwich Islands for assistance after the wreck of the Saginaw, 1 October 1870. Promoted to Acting Gunner.

William Halford was a U.S. Navy Peacetime Congressional Medal of Honor Recipient. He served with the United States Navy aboard the "USS Saginaw" a pre-Civil War side-wheel steamer. In 1870, the Saginaw was assigned to do a survey and deepen the entrance to the lagoon at Midway Island in the Pacific Ocean. While heading back to San Francisco Bay, the Saginaw detoured long enough to see if anyone may have been shipwrecked at Ocean Island. When they reached Ocean Island, the Saginaw hit a reef off the coast and sank. With no hope for rescue, the commanding officer of the Saginaw sent five men, including William Halford, in a small boat to the Hawaiian Islands for assistance. After 25 days at sea, the small boat reached Kauai and in attempting to debark to the island, the boat got caught on the reed and capsized. Four of the crew were lost, save Halford, who has injured in the accident with a crushed knee. He made his way to shore and was able to engage a small schooner to take him to Honolulu, where he reported the wreck of the Saginaw. Halford had accomplished what he was commanded to do, and in doing so, he endured hardships and near death to save the crew of the Saginaw.