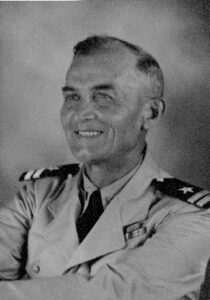 The President of the United States of America, in the name of Congress, takes pleasure in presenting the Medal of Honor to Boatswain's Mate William S. Cronan, United States Navy, for extraordinary heroism on board the U.S.S. BENNINGTON, displayed at the time of the explosion of a boiler of that vessel at San Diego, California, 21 July 1905.
War Department, General Orders No. 13, January 5, 1906

William S. Cronan is a U.S. Navy Congressional Medal of Honor Recipient. He served in the United States Navy as a Boatswain's Mate onboard the "Yorktown"-class of steel-hulled, twin-screw gunboat USS Bennington when he performed an act of extreme bravery that saw him awarded the CMOH. His Medal was awarded to him on July 21, 1905. The explosion of the "Bennington's" boiler killed sixty-five men and one officer. Ten other survivors were also awarded the Medal of Honor for their actions that day. William Cronan remained in the Navy and rose to the rank of Lieutenant Commander before retiring.