“Christ-like Shepherd Devoted to his Flock” 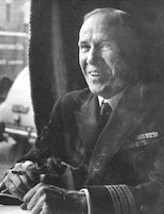 Seaman First Class Benjamin Grover Hopkins, Jr., had a bad feeling about what he was witnessing as his ship cruised the waters of the Sea of Japan and the South China Seas. It was the fall of 1941 and although the war was raging in Europe and in Inland China, the United States was still taking a slanted, but neutral, position in the ongoing hostilities of other nations in the world.

The U.S.S. Marblehead (CL-12), a four-stack light cruiser named for a city in Massachusetts, had been cruising the waters between the Philippine Islands and the Southeast Asian continent for two years, enough time for the crew to witness a brewing catastrophe. Two months before Pearl Harbor Hopkins wrote to his sister back home in Plattsmouth, Nebraska: “I’m going to write you right now, because I may never have a chance again. We’re sitting on a powder keg that may go off any minute.”

In November, one month after Hopkins penned those words, because of growing tension between Japan and the United States, the Marblehead was ordered out of the region to patrol further south in the Java Sea. She was at anchor in Borneo on December 8 (December 7 on the other side of the International Dateline) when the war at last shattered American neutrality. For the next two months, along with the cruiser U.S.S. Houston (CA-30), the Marblehead joined forces with the ABDA (American-British-Dutch-Australian) naval forces to protect vital shipping in waters ranging from the Philippine Islands to Java, and southeast to Australia.

On February 4, 1942, the Marblehead and Houston were part of an ABDA fleet attempting to intercept a Japanese convoy reportedly escorting a large invasion fleet towards Makassar. Before the opposing forces were within combat range of each other’s batteries, 37 Japanese dive-bombers found the ABDA convoy and attacked. Gunners from the Houston shot down four enemy planes but not before she took a direct hit on the Number 3 turret in the fight that became known as the Battle of Makassar Strait. The engagement netted Gunnery Officer Captain Arthur L. Maher, who one month later following the sinking of the Houston was the senior surviving officer, the Navy Cross. Several members of Houston’s gun crews were far less fortunate, suffering severe and, in a few cases mortal, combat wounds.

On the U.S.S. Marblehead, Captain Arthur Robinson’s men rallied around their commanding officer, shooting down two enemy airplanes despite suffering heavy damage from two direct hits and one near miss. For his heroic leadership, Robinson also earned the Navy Cross, as did Seaman Second Class Claude Becker who, “assisted in the removal of powder in the wake of the fire in adjacent compartments. He opened a hot and heavy hatch which permitted men to escape from compartments below the fire.” Fifteen members of the crew were either killed or mortally wounded in the engagement and 84 were seriously wounded, among them, Seaman First Class Benjamin Grover Hopkins.

Two days later the two battle-scarred American cruisers limped into the southern Javanese port of Tjilatjap, their flags at half-mast. Somberly, the dead were unloaded for burial. The severely wounded were also carried ashore to be sent by train to an inland hospital. There, friendly and well-trained Dutch physicians and surgeons, aided by caring and equally dedicated nurses, treated serious burns, broken limbs, and shredded flesh that required more care than was available aboard the two Navy cruisers.

By February 13 the Marblehead had been patched up enough to put back to sea. She would not immediately return to war; instead, the cruiser embarked on a 9,000-mile journey home for repairs. The Houston, somewhat less damaged, sailed for Australia. Within a month the Houston would return to war, earning the nickname the “Galloping Ghost of the Java Coast” until her own tragic loss on March 1, 1942. Houston’s commander, Captain Albert Rooks, was posthumously awarded the first Navy Medal of Honor since Pearl Harbor for his ship’s valiant efforts from the Battle of Makassar Strait until her loss.

The prelude to war should have served as ample warning as to what lay in store once the war was actually declared. Less than a week after war was declared, Adolph Hitler launched Operation Paukenschlag, a direct attack on shipping off the American eastern seaboard. Five German U-Boats departed for American waters between December 18 – 24, 1941, arriving to begin operations by mid-January. On January 11 the U-123 sank the SS Cyclops less than 300 miles east of Cape Cod. Over the following weeks, the Paukenschlag U-Boats scored near-daily victories along the American coast. Twenty-five American ships were lost in 26 days.

A Call for Sacrifice
President Franklin D. Roosevelt
Radio Address – April 28, 1942
I should like to tell you one or two stories about the men we have in our armed forces:
There is, for example, Dr. Corydon M. Wassell. He was a missionary, well known for his good works in China. He is a simple, modest,
retiring man, nearly sixty years old, but he entered the service of his country and was commissioned a lieutenant commander in the navy.
Dr. Wassell was assigned to duty in Java caring for wounded officers and men of the cruisers Houston and Marblehead which had been
in heavy action in the Java seas.
When the Japanese advanced across the island, it was decided to evacuate as many as possible of the wounded to Australia. But about
twelve of the men were so badly wounded that they couldn’t be moved. Dr. Wassell remained with them, knowing that he would be captured
by the enemy. But he decided to make a last desperate attempt to get the men out of Java. He asked each of them if he wished to take the
chance, and every one agreed.
He first had to get the twelve men to the seacoast-fifty miles away. To do this, he had to improvise stretchers for the hazardous journey.
The men were suffering severely, but Dr. Wassell kept them alive by his skill, inspired them by his own courage.
And as the official report said, Dr. Wassell was “almost like a Christ-like shepherd devoted to his flock.”
On the seacoast, he embarked the men on a little Dutch ship. They were bombed, they were machinegunned by waves of Japanese planes.
Dr. Wassell took virtual command of the ship, and by great skill avoided destruction, hiding in little bays and little inlets. A few days later,
Dr. Wassell and his small flock of wounded men reached Australia safely.