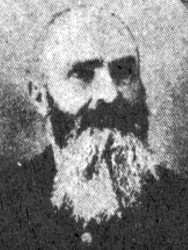 The President of the United States of America, in the name of Congress, takes pleasure in presenting the Medal of Honor to Private William G. Cubberly, United States Army, for extraordinary heroism on 30 May 1868, while serving with Company L, 8th U.S. Cavalry, in action at San Carlos, Arizona Territory. With two other men Private Cubberly volunteered to search for a wagon passage out of a 4,000-foot valley wherein an infantry column was immobile. This small group passed six miles among hostile Apache terrain finding the sought passage. On their return trip down the canyon they were attacked by Apache who were successfully held at bay.