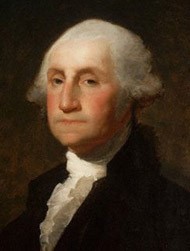 hen we consider heroes of the Revolutionary War, George Washington is often the first person that comes to mind. As the first President of the United States, General in the Continental Army, and a Founding Father, Washington left an unwavering mark on the history the United States. Washington first experienced battle during the French and Indian War and was later elected to the Continental Congress by his peers in Virginia. He was Commanding General for the Continental Army, where he was joined by French forces to defeat the British army. Once it was apparent America would win the war, Washington stepped down and focused his attention on politics. He was pivotal in establishing the Constitution and was elected the first President by Electoral College. He built a strong government, and after two terms of service, stated he would not run for a third, setting the tone for Presidents to come.