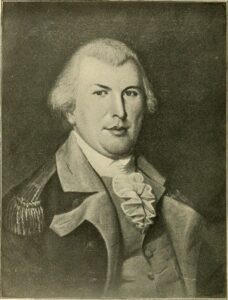 During the time of the Revolutionary War, Nathanael Greene was regarded as George Washington’s most trusted general. He was actively resisting British rule early in the 1770s and helped established a state militia called the Kentish Guards. Greene was appointed a general in the Continental Army in 1776, and aided Washington during the Boston, New York, New Jersey, and Philadelphia Campaigns. By 1780, Washington had declared Greene as commander of the army in the southern theater. He worked effectively to deplete British presence in the American South. After his time serving in the Continental Army, Greene retired to a plantation in Georgia, where he lived out the rest of his life.