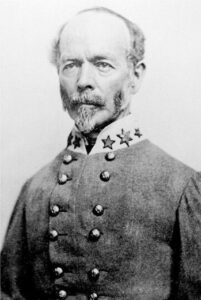 The President of the United States of America, in the name of Congress, took pleasure in presenting the Medal of Honor to First Lieutenant Joseph Esrey Johnson, United States Army, for extraordinary heroism on 29 September 1864, while serving with Company A, 58th Pennsylvania Infantry, in action at Fort Harrison, Virginia. Though twice severely wounded while advancing in the assault, First Lieutenant Johnson disregarded his injuries and was among the first to enter the fort, where he was wounded for the third time.