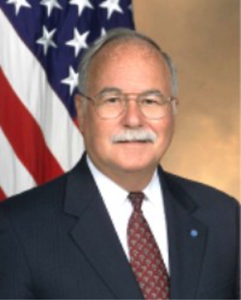 It was Military Day at Cheshire High School, Cheshire, Connecticut, and the military service representatives were attempting to recruit students into their respective branches.  The junior and senior boys were assembled in the school auditorium, with faculty members observing from the rear of the room as each recruiter got up to give his pitch.

The Air Force recruiter got up to explain the advantages of joining the United States Air Force.  He was greeted with catcalls and whistles from the young high schoolers.

The Army recruiter received the same treatment, as did the Navy recruiter.

Then the Marine recruiter, a seasoned gunnery sergeant, rose and glared.

"There is no one here worthy of being a United States Marine," he growled.  "I'm deplored that the faculty in the back of the room would let the students carry on like this.  There isn't anybody here I want in my Marine Corps."

When he sat back down, several eager students swarmed around his table.

One of those hovering around the gunny's table was Cheshire High School Senior Class President Harvey Barnum, Jr.  He did the paperwork to enlist as a senior in high school and joined the Platoon Leadership Class when he got to St. Anselm College in Manchester, New Hampshire.

Colonel Harvey C. Barnum, Jr., USMC (Ret) dedicated his life to the Corps and his service to his country.  He retired on August 1, 1989, after more than 27 years of service.  Along with a distinguished career, he served two combat tours in Vietnam, the second after he had already been awarded his Nation's highest award for military valor.  Two weeks into his first tour of combat duty, on December 18, 1965, (then) Lieutenant Harvey Barnum proved his courage and leadership abilities in a moment of great crisis, becoming the fourth United States Marine of the Vietnam War to receive the Medal of Honor.

"I was Harvey's Regimental Commander at the time of his action.  In fact, I wrote the first draft of his citation.  His battalion commander called me with most of the details not long after his company got in from their patrol.

"The part that really got me to thinking about the medal was the part where he was on the radio trying to get a chopper in to take out his wounded.  The way his Battalion Commander told it to me was like this: