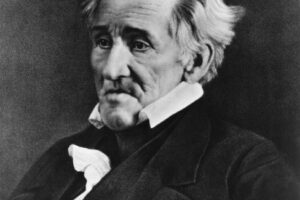 On January 8, 1815 the United States achieved its greatest battlefield victory of the War of 1812 at New Orleans. The Battle of New Orleans thwarted a British effort to gain control of a critical American port and elevated Major General Andrew Jackson to national fame. Jackson's triumph set him on a road that ended in the White House thirteen years later. The battle gave birth to the Age of the Common Man and for the next half-century, his victory on the Eighth of January was marked by celebrations across the United States.