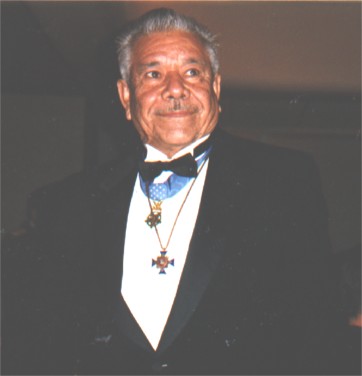 Silvestre leaned forward in his chair, trying to comprehend with all his might what his father was telling him. For the young 27-year old Arizona boy it had been a day of surprises, not all of them happy ones. It had begun with a letter in the mail, written notice that the father of three young children was being drafted to military service. The year was 1944 and the United States Army was engaged in a massive world war. Now they needed young Silvestre’s service. Silvestre wasn’t opposed to serving his country but felt he needed to let his family know what was happening. His wife was expecting their fourth child and if Silvestre had to be gone, it would be important for his parents to be there for him. The quick visit to his father had brought a stunning revelation….”Son, you don’t have to go, they can’t draft you.”

“What do you mean, they can’t draft me?” Silvestre had asked.

Then came the stunning news, “Silvestre, you aren’t an American citizen.” In the moment of silence that followed young Silvestre’s mind reeled with the shocking statement. Then came more. “Silvestre,” his father continued, “you know that I have raised you all your life as if you were my own….but you are not! I am not your real father.”

Slowly the story unfolded, a story that Silvestre learned for the first time that day. The young man had been born in Camargo, Chihuahua, Mexico. His parents died when Silvestre was only a year old, and the man he had always thought was his father was really an uncle who had brought the 18-month old Silvestre to El Paso to provide him a better life in the United States. Legally, Silvestre was a Mexican National and didn’t owe service to the United States. But as Silvestre later said, “I thought, I’m going anyway. I didn’t want anybody to die in my place… I felt that I had my adopted country that had been so nice to me. I thought I have an American wife and the kids and one on the way.” And so it was that Silvestre Herrera joined the men of the Texas National Guard, the 36th Infantry Division, to train for combat in Europe. It was a unit Silvestre was proud to be a member of, the first American unit to have landed in Europe during World War II.

Months later, as young Private First Class Silvestre S. Herrera was fighting for survival in France, he was also studying to become a United States Citizen. Survival took precedence over study, and he still had a long way to go before taking his citizenship test.

Silvestre’s unit was operating in the vicinity of Mertzwiller, France when on March 15, 1945 events occurred that changed Silvestre’s life forever. As his platoon was moving down a road they came under heavy enemy fire from the woods, forcing most of the men to seek cover. Not Silvestre. His one-man charge on the enemy stronghold ended the threat and resulted in his single-handed capture of 8 enemy soldiers. But Silvestre’s day was just beginning.

The immediate threat ended, the platoon continued down the road. Suddenly they came under fire again, from a second enemy stronghold. This time a minefield stood between the soldiers and the enemy gun emplacement. The pinned-down platoon was at the mercy of the enemy guns… Silvestre’s fellow soldiers were helpless before an inevitable disaster. With incredible courage, the young PFC stood to his feet and entered the minefield to attack the enemy. Mines exploded around him but he continued on, attempting to not only attack the enemy but to draw their fire away from his comrades. Suddenly a mine exploded beneath him, severing his leg below the knee. Enemy fire continued to rake the field as Silvestre collapsed to the ground, then struggled back up on his one good leg and the shattered remains of the other to continue the attack.

Private Herrera couldn’t be stopped. He was determined to attack the enemy that threatened to destroy his platoon. Then another mine exploded, this one beneath his remaining good leg, severing it below the knee. Unable to continue his advance, despite intense pain and the unchecked bleeding of the stumps below his knees, Silvestre lay in the minefield to pin down the enemy while others of his platoon skirted the minefield to flank and capture the enemy. Later Silvestre said, “I was protecting my squad with a machine gun. I was trying to draw their fire. I stepped on one (landmine), it blew me up. Then I stepped on another one with another foot. I was fighting them on my knees.”

Silvestre’s courage and fighting spirit became legendary, but it also presented the United States with a problem. The young hero was still not an American citizen. As he recovered from the loss of both feet, an intense program began to grant Silvestre Herrera United States Citizenship. Then too, there were concerns about his health. President Truman wasn’t sure the young hero was well enough for a formal presentation of the award for which he had been submitted. After all, the young man had lost both legs.

While recovering from wounds at an Army hospital, it was suggested that Silvestre call home to let his family know he had survived and would be coming home. Sheepishly Silvestre admitted that the family was so poor they didn’t even have a telephone. Finally, a call was placed to a third party to get the message to his family. But before Silvestre went home a special event awaited him. To the President’s surprise, Silvestre was well enough. Five months earlier the loss of two legs couldn’t stop the fearless soldier from fighting to protect his platoon, and it wouldn’t stand in his way now. On August 23, 1945, Silvestre wheeled his wheelchair across the White House lawn so the President could present him with the Medal of Honor.

Silvestre became the first soldier from Arizona to receive the Medal of Honor during World War II and returned to a hero’s welcome. The citizens of his home state raised $14,000 to provide him and his growing family with a new home. Eventually, he had three more children, and today is the grandfather of 11 and great-grandfather of 2.

A year after Silvestre received his adopted Nation’s highest award, the Medal of Honor, the Nation of his birth took the unprecedented step of awarding him its highest award for valor the “Premier Merito Militar”. Today Silvestre wears both with pride; he is the only living person in the world authorized to wear the Medal of Honor and Mexico’s equivalent. Silvestre is proud of his Mexican birth and heritage, and equally proud to be a citizen of the United States of America. His hometown has named an elementary school for him. His service both during World War II as a soldier, and as a patriot since that fateful period of his life, has brought him continued honors and distinction. Still, he remains a humble man, proud not so much of his own achievements, but proud of both his heritage and his citizenship.

Today Silvestre calls himself a “retired leatherworker and silversmith.” The many neighborhood children he invites to see his work in the garage of his home are sure to doubt the “retired” part. Silvestre is a man who never stops. Despite the prosthesis that replaces the legs he lost in World War II, he goes dancing every week. He is a frequent guest at service clubs and speaks passionately about the privileges of United States citizenship to students at schools wherever he finds the opportunity. He is a dedicated American and a true hero.

He seldom speaks of his own hardships. Regarding the loss of both legs, he says, “I coped with my disability very well. I wasn’t sorry about it. I felt that I didn’t want anybody to be sorry for me. I lived a very happy life.”

* Silvestre Herrera lived a full and active life. He passed away on November 26, 2007.