World War II began in September of 1939, running until the mid-1940s. It remains the largest armed conflict 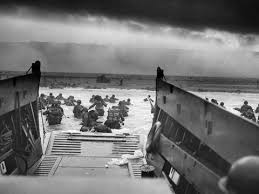 in history, geographically spanning the entire world and including more countries than any other previous war. This war was also the first time that nuclear weapons came into play as well as other powerful new weapons. The effects of this war on civilians came at massive costs. Genocidal killings in Nazi Germany, as well as other mass slaughters of civilians, were significant. In total, about 50 million people lost their lives during the Second World War making it the deadliest war in human history to this day.

Just like the first World War, the United States was a latecomer. After Japanese forces bombed the American fleet at Pearl Harbor in 1941, President Franklin D. Roosevelt declared war on Germany, an ally of Japan and the Axis Powers. Approximately 16 million Americans served in World War II. Back home, the entire economy turned to a war economy in order to succeed. The ability to efficiently build guns, ammunition, ships, planes, and tanks for the war effort became critical. As the United States began to assert its authority in the war alongside the Soviet Union, it became increasingly obvious that the German side was going to be defeated. German forces lost critical battle after critical battle. 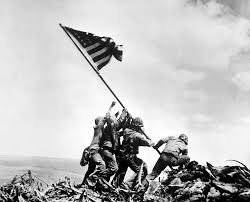 D-Day proved to be one of the Allies' most critical attacks on the Axis Powers during the war. This battle was the invasion of occupied Europe and the Allied force's attempt to liberate Europe. In early June of 1944, American, Canadian, British and French troops embarked across the English Channel to Normandy, France. The soldiers invaded German-occupied beaches and successfully pulled off the surprise attack, defeating the German forces, allowing them to begin their liberation of Western-occupied Europe. On the Eastern war front, the Soviet forces had managed to push the German troops back to the German border.